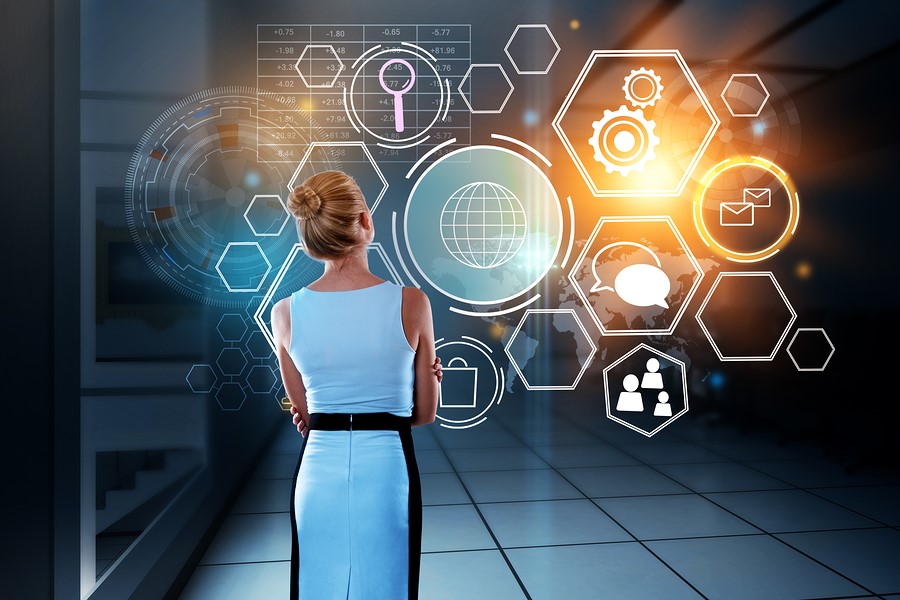 Women in tech? Isn’t it surprising that technology has predominantly been a male-dominated field. However, the representation of women is rising, with many occupying executive-level positions. They have made prolific contributions to the field of technology.

Safra Catz is the CEO of Oracle Corporation, an American computer technology corporation founded in 1977. A prominent figure among the women in tech, she served as the Co- CEO since 2014. She also became the sole CEO after the death of Co-CEO Mark Hurd. Catz joined Oracle in 1999 and held many positions in the company, including president and CFO. She is also a director at The Walt Disney Company. Moreover, she served as the director of HSBC from 2008-2015. Furthermore, a graduate of Wharton Business School, she was ranked 14 on the Power Women list of Forbes and is an accounting lecturer at Stanford Graduate School of Business. Her net worth value is $1 billion

Ginni Rometty is the Executive Chairman of IBM. She previously served as Chairman, President, and CEO and is the first woman to lead the multi-million-dollar technology company. One of the top women executives in technology, Catz, has been an advocate for technology ethics and safety. As one of the leading women in tech, she received the prestigious Catalyst Award in 2018 for her advancing diversity in technology. Rometty also won the Edison Achievement Award from her alma mater Northwestern University in 2019. She even served on councils of international institutes.

Susan Wojcicki is the CEO of the popular video-sharing platform YouTube. She joined Google as its 16th employee and is known for the development of Google Doodles. Moreover, she soon became one of the prominent women in tech, proposing the acquisition of YouTube by Google and became CEO in 2014. Since becoming CEO, YouTube is valued at $90 billion. Wojcicki also worked at Intel and Bain & Company. An alumnus of UCLA, she was ranked 12th in Forbes’s list of Power Women in 2019 and had an estimated net worth of $480 million.

Mary Barra is the CEO of General Motors. She is one of the most successful women in tech. Barra graduated from Stanford Graduate School of Business wit and MBA and joined GM in 1980 as a co-op student. She became CEO in 2014, and under her regime, General Motors was ranked No.1 in the Global Report for Gender Equality. General Motors is one of the two companies worldwide to have no gender pay gap. Barra is focusing on strengthening GM’S core business, along with the incorporation of upcoming technology in the automobile sector. Furthermore, she is a board member at The Disney Company and Stanford University Board of Trustees as well as a member of The Business Council. Barra is the highest-paid among the Detroit Big Three automakers. She ranked 5th of Forbes’s list of Power Women in 2019.

Meg Whitman is the CEO of the video platform Quibi. She is one of the top 10 women in tech, serving as the CEO of eBay as well as Hewlett Packard. Furthermore, she is known for taking eBay from $5.7 million to $8 billion during her tenure as CEO. She served as the CEO of Hewlett Packard from 2011-2015 and Hewlett Packard Enterprise from 2015-2018. Then she joined Quibi as CEO in 2018. Whitman has served as the board member of various American corporations and has been active in politics. She is an alumnus of Harvard Business School and has an estimated net worth of $4 billion.

Sheryl Sandberg is among the successful women in tech. She currently serves as the COO of social media giant Facebook and is the founder of LeanIn.org. Since becoming COO, Sandberg was able to raise profits for Facebook during tough times and helped the platform to encourage small business advertisements. An alumnus of Harvard Business School, she serves on the boards of prominent NGOs and is the author of the book ‘Lean In.’ Her net worth is $1.5 billion.

Amy Hood is the CFO and Executive Vice President of Microsoft since 2014. She is accredited for the recent boom in Microsoft’s stock market value and has become one of the top 10 women in tech. Hood has helped turn Microsoft into a trillion-dollar company and making it a competitor of Apple’s stock market value. She is an alumnus of Harvard University and has helped Microsoft broker nearly 57 deals. Moreover, she has been a part of Microsoft since 2002 and was involved in the successful acquisitions of Skype and Yammer.

Ruth Porat is the CFO and Senior Vice President of Google’s parent company Alphabet since 2015. She is among the top 10 women in tech. Porat has helped Google with significant acquisitions and is also a member of the Council of Foreign Relations and Aspen Institute Economic Strategy Group. She also held an executive-level position at Morgan Stanley. Furthermore, she holds an MSc from the London School of Economics and an MBA from Wharton School. Her estimated net worth is $47 million.

Gwynne Shotwell is the President and COO of SpaceX, founded by Elon Musk. It is a company that engages in advanced rockets and spacecraft. Shotwell was one of the first employees of SpaceX as Vice President of Business Development, soon becoming the COO and getting a seat on the board of Directors, making her one of the top 10 women in tech. She is responsible for daily operations and has contributed to the growth of SpaceX into a multi-billion-dollar company. Shotwell also worked for the Aerospace Corporation and Microcosm. She is an alumnus of Northwestern University.

Ursula Burns is a prominent figure among the women in tech. She is the Chairwoman and CEO of VEON, a telecommunications services company since 2018. Burns is the first African-American woman to head an S&P 500 company. Moreover, she is the founding member of Change the Equation, a non-profit to promote STEM education and serves as one of the board members of Uber. An alumnus of Colombia University, she has served on the boards of many prominent institutions and organizations.

The top 10 women in tech are change-makers who have proved that the inclusion of women in tech is imminent. Their achievements demonstrate that despite gender stereotypes, they had emerged on top.